Kenya's topography is dominated by the Great Rift Valley, creating a land of mountains, wending rivers and vast open plains, which fall away as you reach the Indian Ocean coastline.

One of Africa's original safari destinations, Kenya's wildlife is rich and diverse; from the predator filled plains of the Masai Mara to the vast herds of elephant drawn to the life sustaining waters and russet red soils of Samburu. But don’t miss the immersive adventures of the Laikipia Plateau, the semi-arid scenery of Amboseli and the heavenly beaches too.
Masai Mara

The tawny, wildlife stuffed savannahs of the world-renowned Masai Mara needs little in the way of introduction. Land of Big Cat Diary and Disney’s African Cats and gathering point of the ’Great Migration’ – one of the natural wonders of the world – this gloriously beautiful, wildlife rich savannah landscape is Africa at her best.

The short grass plains of the Mara River basin teem with tens of thousands of antelope of more than a dozen species from the tiny dik-dik to the huge eland, Thomson’s and Grant’s gazelles, while regal Masai giraffe lope through trees. Prides of big maned lions lie hidden in the grass, the ever-elusive leopard sleep high in trees, and spotted hyenas and jackals skulk between herds of some 1,500 elephants. Migratory Burchell’s zebras and wildebeest gather in their hundreds of thousands to graze and give birth and tall, traditionally dressed Masai tribesmen still herd their cattle and goats in a lifestyle that hasn’t changed for 350 years in this incredible and unique
cradle of Africa.
Laikipia

Tucked between the lofty heights of the snow-capped Mount Kenya and the verdant chasms of the Great Rift Valley, the high-lying plains of Laikipia teem with game and offer a breathtakingly beautiful diorama.

Incised by north flowing streams and rivers that wind their way lazily into the great Ewaso Nyiro River, northern Kenya’s greatest river, semi-arid plains, dramatic gorges, and acacia-thicket-covered hills create an inimitable terrain that is home to some of Kenya’s highest populations of endangered species.

Wild dog, elephant, black rhino and half of the world’s Grevy’s zebras roam across a rugged patchwork of privately owned ranches, wildlife conservancies, and small-scale farms where exclusive and luxurious lodges or tented camps cater for wildlife-lovers and safari fundis. Local Samburu and Ilaikipiak and Mokogodo Maasai communities welcome visitors into their untouched world where conservation is key and cool, temperate climes offer year-round comfort.

Join us on a journey into this rich and diverse ecological biosphere for an African experience of a lifetime.
Amboseli

Home to the mighty Mount Kilimanjaro and hundreds of giant Big Tusker elephants with spellbinding scenery that can only be described as ‘out of this world’, the Amboseli region will have you feeling as if you were back in the time when giants roamed the earth.

With its emerald-green, perennial swamps lying like mirrors of glass beneath the brooding shadow and swirling cloud of Mount Kilimanjaro, Amboseli is like an oasis in the dry savannah and one that attracts some of Kenya’s greatest concentrations of game.

Herds of magnificent elephant, bloats of hungry hippo and an array of wandering plains game converge on the permanent swamps and lakes to graze and drink and can be viewed against the strikingly beautiful backdrop of Kilimanjaro, an ‘Out of Africa’ scene that is instantly recognisable.

Explore this magnificent region with us on a visit to one of the superb national parks on the region, the most famous of which is Amboseli National Park, famed for their incredible elephant population and thousands of resident year-round game.
Samburu

Hot and dry, the scrubby, open wilderness of Samburu heralds Kenya’s vast northern deserts and semi-deserts. Snaking through this arid landscape like a fat, glistening serpent is the Ewaso Nyiro, northern Kenya’s biggest and least seasonal river, attracting hordes of game and plains grazers to its acacia and palm-fringed banks to drink and seek shade as it winds its way towards the Lorian Swamp.

Gaunt, rocky ridges dominate the rugged landscape, with the massive knife-like Koitogor forming a central feature that appears to magically transform from escarpment to pyramid and back again as you move around it.

Permanently sprouting fresh water are the Buffalo Springs on the southern side of the river, and while there is no longer a chance to take a cool refreshing dip in the pools, it’s a good place to spot game coming to drink, the occasional crocodile and odd slinking predator.
Meru

Nestled in the Central Highlands of Kenya, few places offer a more genuine wilderness ambience than the remote and rugged region of Meru. Flat, untouched terrain is scattered with rocky ridges and kopjes, of which Mughwango Hill, occupied by Elsa’s Kopje, is the most iconic example, while shimmering swamps in the northern part of the region attract myriad game and birdlife.

Famed for being the park into which George and Joy Adamson released their most famous lioness, Elsa, back into the wild (a story immortalised in the book and film Born Free), Meru National Park is a little visited stretch of well-watered, dense bush, acacia woodland and verdant, tall grasslands spiked with weird-looking doum palms, which is ripe for discovery.
Rift Valley Lakes

Boasting some of the world’s most breathtaking scenery made up of beautiful glassy lakes teeming with birdlife, towering volcanic outcrops, and grassy, wind-swept plains, Kenya’s lake system on the floor of The Great Rift Valley provides an exceptional experience of nature.

From Lake Turkana in the far north, which sits in a land more reminiscent of the moon than of planet earth and is home to Africa's biggest population of Nile Crocodiles, to the interlinked lakes of Lake Bogoria, Lake Nakuru, Lake Naivasha and Lake Elementaita in the south, that attract more than four million flamingos every year, this is nature personified.

The steep escarpment of the Rift Valley drops down into the valley where hot springs and geysers create a network of streams and rivers that flow into the lakes.Millions of birds flock to the shallow waters - Lake Elementaita appears pink due to the propensity of flamingos – while the grassy plains and shores of the lakes are rich with wildlife, including black rhino, Rothschild's giraffe, greater kudu, lion, cheetah, and wild dogs. 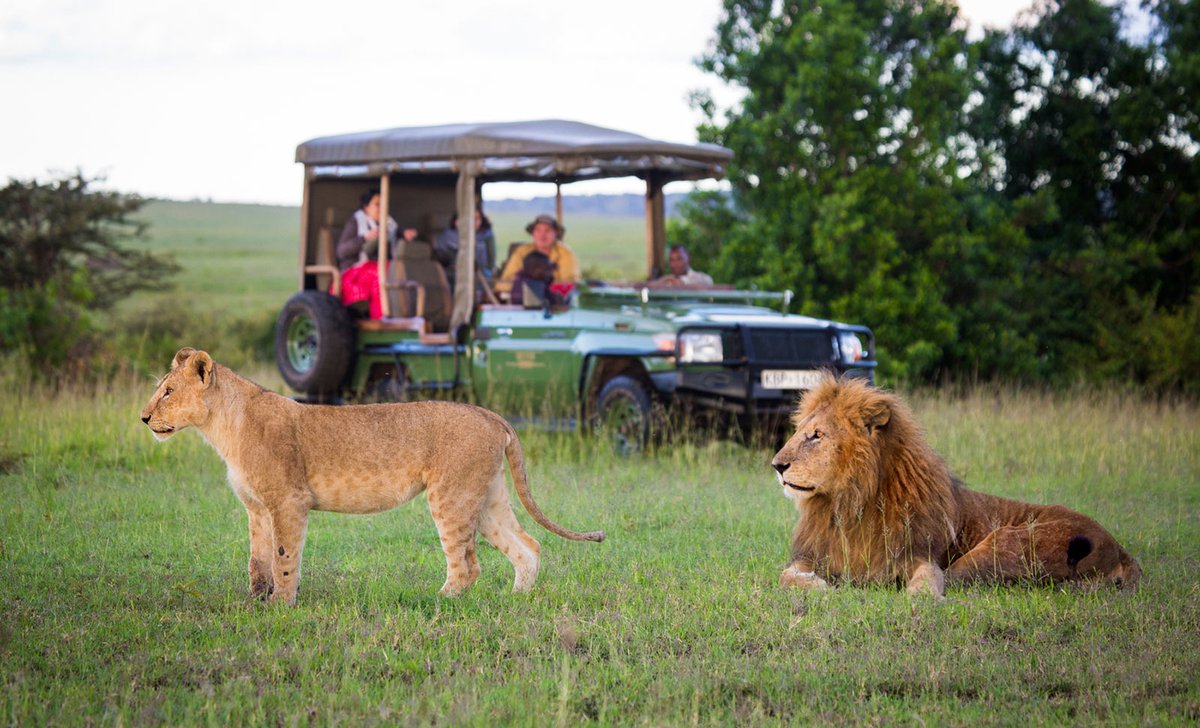